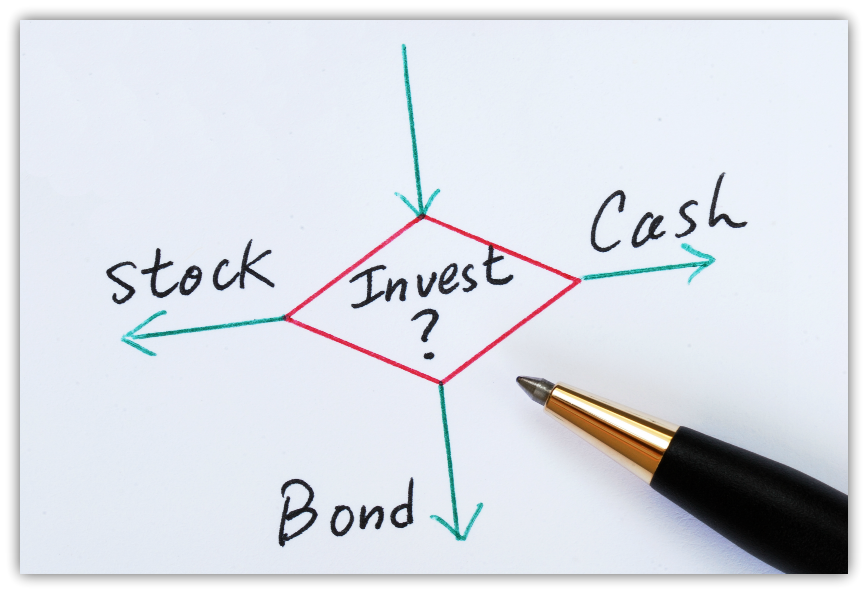 According to Yale University's Crash Confidence Index, about 35% of investors believe the stock market will crash sometime during the next six months.”1

However, if their fear leads them to avoid the entire investment class, they may limit their potential returns. For example, during the 20-year period ended December 31, 2015, stocks had an average annual return of 9.9%. By comparison, bonds returned 6.1% and cash 2.5% during the same time frame. During that 20-year stretch, stocks outperformed bonds and cash in 15 years out of 20.2

Cash alternatives — the most conservative of the three investment classes — outperformed stocks and bonds only once during the 20-year period.2

A sound strategy can involve diversifying capital between different classes of investments. That way, under-performance in one type of asset may be offset by the performance of another.

Bear in mind, though, that diversification and asset allocation are approaches to help manage investment risk. They do not eliminate the risk of loss if a security price declines. The asset class that performs best one year may not do so the next. Diversifying your holdings among several different investment types and understanding that asset classes can move in and out of favor may help you manage the risk in your investment portfolio.

The asset class that performs best one year doesn’t necessarily do so the next.2 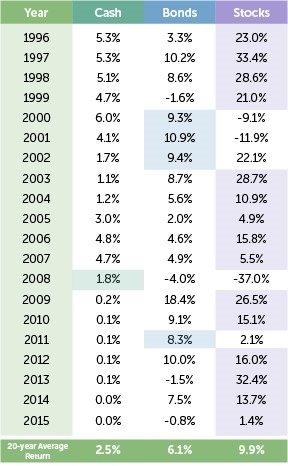 The content is developed from sources believed to be providing accurate information. The information in this material is not intended as tax or legal advice. It may not be used for the purpose of avoiding any federal tax penalties. Please consult legal or tax professionals for specific information regarding your individual situation. This material was developed and produced by FMG Suite to provide information on a topic that may be of interest. FMG Suite is not affiliated with the named broker-dealer, state- or SEC-registered investment advisory firm. The opinions expressed and material provided are for general information, and should not be considered a solicitation for the purchase or sale of any security. Copyright 2016 FMG Suite.