Celebrating the Complex Tapestry of America

On August 28, 1963, Dr. Martin Luther King, Jr. stood before the Lincoln Memorial and told a violently divided nation, “I have a dream that my four little children will one day live in a nation where they will not be judged by the color of their skin, but by the content of their character.” His passionate belief and calm leadership inspired many, including the politicians who passed the Civil Rights Act of 1964. 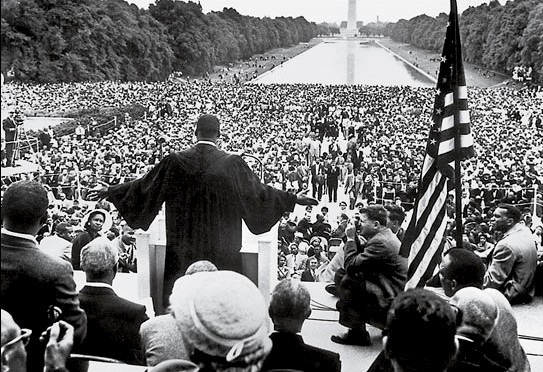 “The tapestry gets even richer. The number of inter-marriages has gone up dramatically over the last few decades and, as a consequence, so has the number of multiracial young Americans who… are neither this nor that, but a bit of this and a bit of that, with a healthy dollop of something else… younger Americans are more likely than older Americans to have dated inter-racially, to have close friends of other races, and to live in families with relatives from other racial and ethnic backgrounds. As a result, race literally isn't a black-and-white issue for many younger Americans.”

Though we have made progress toward becoming a more color-blind society, a 2013 Pew Research Center survey found just 45 percent of Americans think the country has made substantial progress towards racial equality and 49 percent believe a lot more needs to be done. Data like this underscores the importance of remembering the power of Dr. King’s message on this momentous day.

Today, we celebrate Dr. King. He was a visionary who challenged our nation to become more inclusive and inspired Americans to fight for their beliefs.

The above material was prepared by Peak Advisor Alliance. LPL Compliance Approval # 1-232635